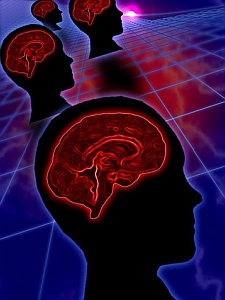 A coalition of research institutes, analytics companies, and a patient network are building computational tools and models to better understand the causes of multiple sclerosis. Orion Bionetworks, based in Boston, is a consortium of the Accelerated Cure Project for Multiple Sclerosis, Institute for Neurosciences at Brigham and Women’s Hospital, GNS Healthcare, MetaCell, and PatientsLikeMe.

Orion is a project of Marin Community Foundation, and funded initally by a $5.4 million grant from the pharmaceutical company Janssen Research & Development, a division of Johnson and Johnson. The initial focus of the group will be multiple sclerosis, but participants believe their approach can be applied to other disorders as well.

Multiple sclerosis is an autoimmune disease that affects the brain and spinal cord, and affects people of all ages, although it is most commonly diagnosed between the ages of 20 and 40. The disorder is a result of damage to the myelin sheath that surrounds and protects nerve cells. Damage to the myelin sheath causes nerve signals to slow down or stop. The damage to the nerves itself is a result of inflammation that occurs when the body’s immune cells attack the areas in the central nervous system, including the brain, optic nerve, and spinal cord.

The extent of disease progression with multiple sclerosis is difficult to predict, and there is at present no cure for the disorder or treatment for the nerve damage, although the inflammation can be contained. Orion Bionetworks plans to apply computational modeling to better understand the human biology, and factors — both individual and environmental — influencing the development and progression of the disease.

The Orion partners believe the project can build a causal model to help customize treatments. “Causal models learned directly from data will help us understand the biology of the disease and predict which approach to treatment will work for individual patients,” says Iya Khalil, executive vice president of analytics company GNS Healthcare. “This could accelerate the search for cures.”

The Orion participants will derive data from existing, independent databases of over 7,000 people with multiple sclerosis into a causal computational disease model. The group plans to integrate clinical, biomarker and imaging data with real-world patient data. One source of the data on patients with multiple sclerosis will be from coalition member PatientsLikeMe, a patient network and research platform where patients connect with others who have the same disease or condition and track and share their own experiences.