The life course burden of PTSD: Can genetic research help?

The life course burden of PTSD:
Can genetic research help?

Post Traumatic Stress Disorder (PTSD) is a public health problem. The presentation of PTSD has broad consequences for health and can have impact across generations. The issue of trauma is common one. While most people recover from trauma, a substantial and important minority do not and are deeply affected by PTSD. In this webinar, Dr. Karestan Chase Koenen described the public health impact of PTSD over the life course and across generations as well as who is most affected by the disorder. Koenen’s research seeks to identify individuals who are most at risk for PTSD in order to implement better preventative measures. Understanding how to prevent PTSD is extremely important because treatments are limited in availability and efficacy. Large scale genomics and biologically based collaborations are needed to understand this multifaceted, complex problem. 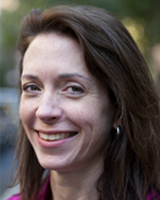 Karestan Chase Koenen, PhD does research and teaches about trauma and posttraumatic stress disorder (PTSD).  The broad goal of her work is three-fold. First, she studies why, when exposed so a similar traumatic event, some persons develop PTSD while others are resilient.  She is particularly interested in how genes shape risk for PTSD.  Much of this work is done through the PTSD working group of the Psychiatric Genomics Consortium that she co-leads with Kerry Ressler and Israel Liberzon. Second, she investigates how trauma and PTSD influence weight gain and alter long-term physical health.  Third, she documents global burden of trauma and PTSD through her work with the World Mental Health Surveys.Dr. Koenen also advocates for victims of sexual violence. In May 2011, Dr. Koenen testified before the House Foreign Affairs Full Committee hearing “Peace Corps at 50” about the epidemic of sexual violence and victim blaming culture of the Peace Corps.  She has written for the Boston Globe, the Washington Post, the Huffington Post, and the Women’s Media Center’s Women Under Siege Project, a journalism project founded by Gloria Steinem that investigates how rape and other forms of sexualized violence are used as tools in conflict.  Dr. Koenen is currently consulting with award-winning documentary filmmaker Lisa Jackson on the film ‘It Happened Here, which investigates the epidemic of sexual assault on university campuses.

Previously a professor at Columbia University in New York City, Dr. Koenen recently move to Boston to join the faculty of the T.H. Chan School of Public Health at Harvard University as a Professor of Psychiatric Epidemiology. When not working, she is likely taking a yoga class at Coolidge Corner Yoga or spending time with her son, Lorcan.